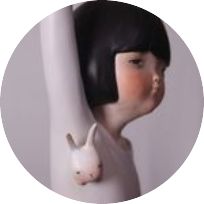 Hanna Kim deals with the story of a rabbit, his alter ego and friend through various media such as paintings, sculptures, drawings and animations. She has held numerous solo exhibitions including a solo show in Alternative Space Loop in 2006, Arario Gallery Beijing in 2007 and Arario Gallery Seoul Samcheong in 2008 and 2013. She has also been in many group exhibitions, including Vision & Perspective at Pusan Museum of Art in 2005, Another Worlds Part II at Arario Gallery Cheonan, and Bandee Project at Alternative Space Bandee. 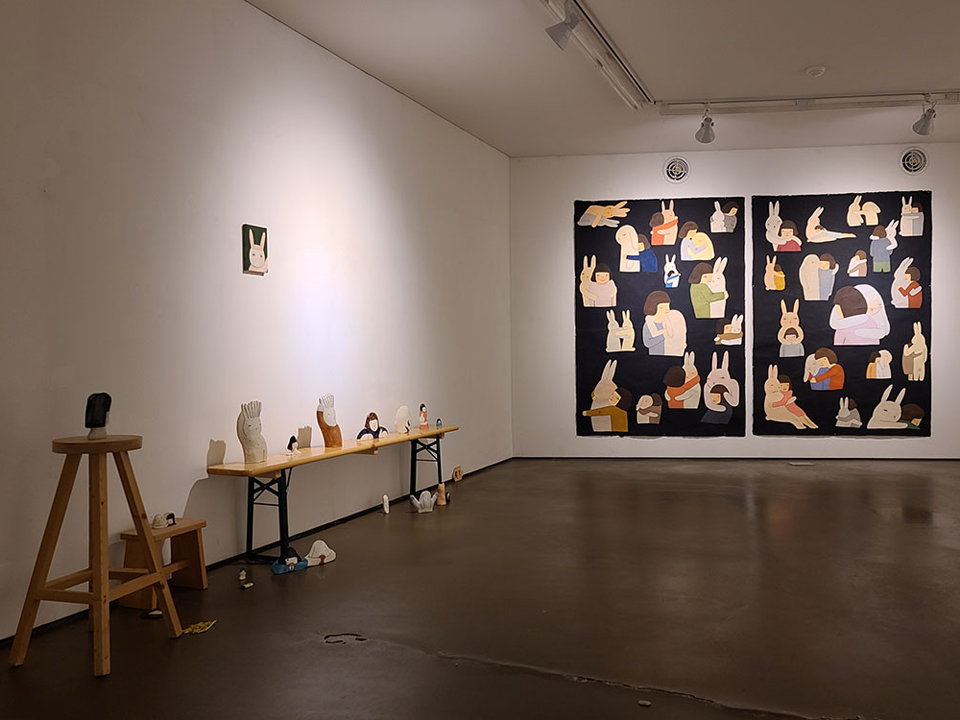 All works have been sold.